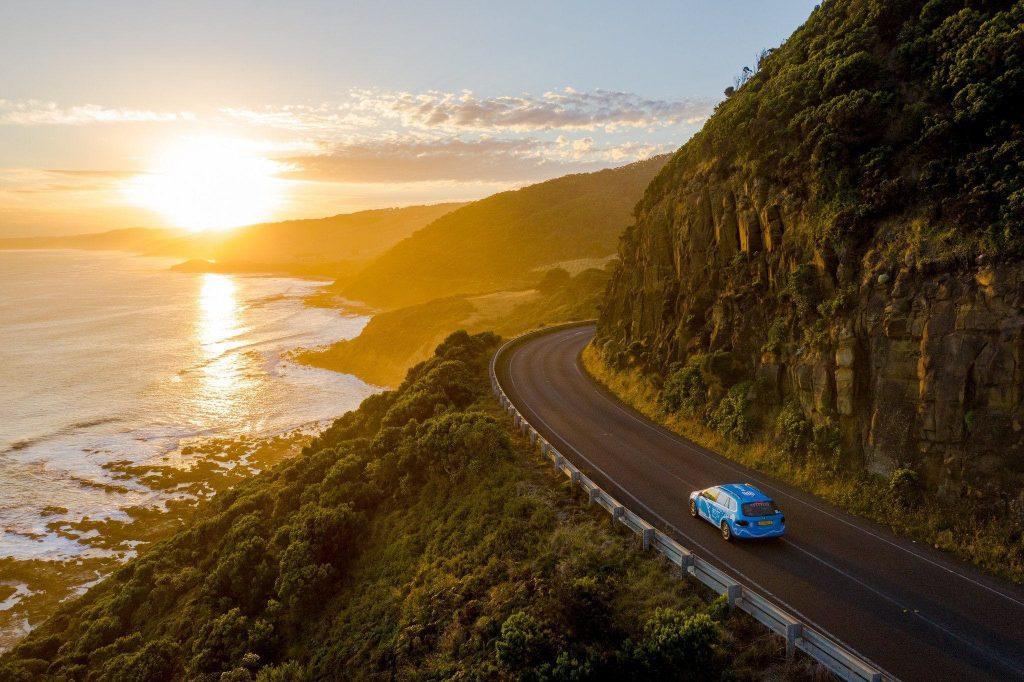 Which electric car has the longest range?

Although the ranges are increasing as new models come on the market, electric cars will never travel as far as a conventional diesel or petrol cars on one ‘tank’ of electrons.

If you’re new to EVs, this isn’t as bad as you might first think – you won’t often feel like you’re having to stop just to charge your electric car. Most EV drivers return home in the evening, plug in and wake up to a fully charged car. (Even better if you are saving money with an EV tariff).

No matter that we don’t often drive more than 200 miles in one day, ‘range anxiety’ is a thing. This expression describes the terror of running out of electricity on the road.

When the Nissan Leaf electric car was launched on the market, it could only do 109 miles on a single charge. Many people were very anxious about this, being used to driving cars that could easily do 500 miles on a single tank. Nissan spent quite a lot of time trying to convince people that 109 miles was enough for most people. Since then, the cost of batteries has fallen dramatically and most new EVs have at least double this range.

The public charging network is improving fast, but long journeys in an EV still require some planning ahead and some extra time. So, if you’re a driver doing lots of longer journeys, read on to find out which EV models have the longest range.

Find a range that fits

Which electric car has the longest range?

The electric car with the longest range currently on sale in the UK is the Tesla Model S Long Range. The Model S has long been the luxury car of choice for electric vehicle drivers, bringing with it the benefits of industry-leading range, the enviable Tesla-only supercharger network and advanced driver features such as Autopilot.

In the real world, the Model S Long Range travels 325 miles on a single charge – meaning it’s a capable motorway cruiser to cover long distance trips. But, as you might expect, this kind of range is not cheap – coming in at roughly £80,000.

Other car manufacturers are catching up. Models with large ranges include the following:

There’s a clear correlation between cost and range in these models. But, do you really need to fork out for an EV with a huge battery?

Do I really need all that range?

Focusing on range is understandable when you are choosing on an electric car. Although very few people drive from London to Scotland every week – many of us do undertake a trip like this once or twice per year.

The charging network needs to make us reassured that the car is fit to cover 100% of our journeys without adding too much time on for charging.

Ironically, one main factor limiting the range of an EV is the battery itself – the battery pack in an electric car is extremely heavy. A Renault Clio weighs around 1000kg, whereas the equivalent electric model, the Renault Zoe, can weigh up to 1400kg. Each extra mile of range an EV has adds around 2kg in battery weight.

Bulky cars like SUVs are heavier again, and require an even bigger battery to achieve the same range. As a result, an electric SUV will be less efficient per mile and it will take longer to start saving carbon compared to a petrol car than a smaller EV.

So there is a balance needed. Too small a battery, and you might have to spend more time charging on the go, or driving near the lower limits of your battery. But with a very large battery, you’re making your switch to electric less affordable and losing out on savings with every mile and also increasing dramatically the carbon ’embodied’ in its manufacture.

What can I do to increase my electric car’s range?

In the real world, electric car range depends on more than the battery size. Driving aggressively, braking too harshly, even using excessive air con or heating will all reduce your electric car’s range substantially, just as they would in a petrol or diesel car.

Using the air conditioning on a hot day can noticeably reduce your range (though without a large combustion engine under the bonnet, you won’t be getting quite so hot in the cabin to start with).

On a cold winter’s day, however, your range will be noticeably lower, as batteries are affected by temperatures outside. Turning on the heating on a frosty morning can indeed double your energy consumption for a short journey (of course, the effect would obviously be less dramatic over a longer journey). But as most EV owners will tell you, pre-warming (programmable heating inside your car while you’re still plugged in at home) is one of the best features of their electric car. Read all about what it’s like driving an EV over winter.

Other local factors also come into play. For example, if it’s an exceptionally windy day and you’re trying to drive head on into the wind, the car is going to have to use more power to counteract this resistance and as a result your range will decrease. Driving uphill has the same effect. But then on a long downhill you’ll be adding many of those miles back on to your battery with regenerative braking. You can also do your bit to maximise the efficiency of your charging and driving.

How is electric car range calculated?

Manufacturers claim a particular range for each model of car that they make, this is called the WLTP range. However, it’s unlikely that you’ll ever reach that range while driving on the road. This is as true for EVs as it has always been for petrol and diesel cars. In the real-world, most drivers expect an average of 80% of those miles from their cars.

Electric cars are tested in much the same way, which allows a manufacturer to get the maximum theoretical range from their vehicle.

The car isn’t tested on the road. First, the car is fully charged and parked overnight. Then, the car is mounted on a dynamometer.  This is essentially a rolling road – a piece of machinery that allows the wheels of a vehicle to rotate, in order to artificially simulate how well the vehicle would drive on a road. Generally, simulated city or motorway driving is done until the battery runs out. The miles driven are noted.

After testing, the car is charged from an AC source and the amount of energy required for a full recharge is noted. This charge amount is divided by the miles driven to calculate the electric equivalent of mpg, MPGe. This figure is then multiplied by 0.7, to take into account factors such as terrain, air conditioning/heater use and wind resistance.