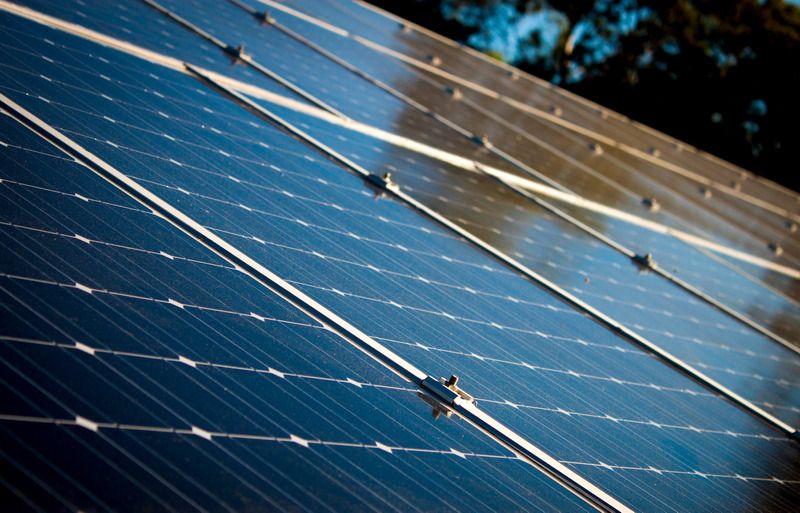 Are solar panels worth it?

If you’re looking to have solar panels fitted, you’ll want to know both how much energy your roof would produce, and how much you are likely to use and save on your electricity bills.

Amazingly, the cost of buying solar panels has reduced 70% since 2010, and solar panels are becoming more efficient all the time. As energy costs increase, solar becomes more and more attractive to the average homeowner, especially one driving and charging an electric car.

How much do solar panels cost?

The cost of solar has fallen, so you’ll pay around £5,000 for an average 4kW system. This should generate around 3,400kWh of electricity over a year.

In theory, if you pay 16p for a unit of grid electricity – and you can use every last drop of energy you produce from the sun – your solar installation would pay for itself in 11 years and then provide a saving of over £500 per year for the next 15 years plus. In practice, you won’t be able to use all the energy you produce. For an accurate idea of payback use our free green home energy assessment.

How much solar would my roof produce?

The energy you could produce from your roof depends on how many panels you have fitted and their size. If you have a 3kW system, a smaller system size, this means around 10 panels producing 3kW of electricity per hour, or 3kWh. In order to see exactly how much that is, have a look at the table below, which tells you roughly how much electricity common household appliances use.

Your panels will generate more in the summer than the winter. And while solar panels are perfectly capable of generating power on a cloudy or overcast day, it won’t be as much power as if your panels are being hit by direct sunlight.

Where you live in the UK, the direction your roof faces and any shading that comes from trees or other buildings will have an impact. In the UK, the sun is never directly overhead us, so south-facing roofs work best to get the most out of your solar installation. As your panels age, you may see a loss in efficiency.

Lastly, there are the micro factors – leaves and dirt. You’ll have to keep your panels clean and free of debris for them to work most optimally.

A basic estimate of the cost including installation is around £4,000 – £6,000 for an average 3kW or 4kW system. This is enough for most UK homes to see a marked reduction in their electricity bills.

Your quotes for installation will vary based on a number of factors, such as: where you live, the pitch of your roof, how much usable space you have on the roof, whether the roof is made of tile. To get an accurate quote, a professional installer will be able to undertake a free site assessment. If you need planning permission at your property, the cost and complexity might increase.

How many solar panels do I need for my home?

An average UK home will fit a 3kW system, consisting of ten 300W solar panels, taking up a roof space of 20m2. Of course, if your electricity consumption is higher, or you have a larger roof, you might want to look at getting a larger system.

You will need to consider the space that these solar panels will take up on your roof. As we’ve mentioned, a 3kW system takes up around 20m2 of space, but a 4kW system will take up roughly 28m2 worth of space.

How about home storage?

A 4kW system should generate around 3,400kWh of electricity over the space of a year. If  you normally pay 17p for a unit of electricity, this means a saving of almost £600 if you can use it all.

It’s unlikely that you will use every unit yourself, but you will save £200 every year even if you don’t use a single kWh! You can do so with the new government Smart Export Guarantee, whereby you sell unused electricity back to your supplier at around 5p per kWh.

If you don’t want to send your unused electricity back to the electricity grid, you can have a battery installed that will charge whenever the output of your solar panels is greater than your home’s electricity consumption. You can then use the charge stored in this battery to power your home when the solar panels aren’t generating electricity.

A common misconception is that solar panels are only useful in warm climates.  But solar panels are actually able to work in just about any climate and any temperature, as long as there is some form of light source. They can even work under the somewhat grey skies of the UK.

How do solar panels work?

Solar panels work by allowing photons (particles of light) to move electrons free from atoms. This generates electricity, which is then turned into usable power by materials within the solar panel. This process takes place within photovoltaic cells. Many photovoltaic cells are stuck together in order to form a solar panel. Panels are linked together to form a solar PV installation.

There are two different types of solar panels used on most home installations: Monocrystalline and Polycrystalline.

Monocrystalline silicon is the purest one. You can easily recognise them from the uniform rounded grid. This type of solar panel has one of the highest efficiency rates, with the newest ones reaching above 20%. Monocrystalline panels have a high power output, occupy less space, and last the longest. Of course, that also means they are the most expensive.

Polycrystalline panels has a blue, speckled look which comes from the process of melting raw silicon, which is a faster and cheaper than making monocrystalline panels. This leads to a lower price but also lower efficiency (around 15%), lower space efficiency, and a shorter lifespan since they are affected by hot temperatures to a greater degree.

There are many other types being used elsewhere. For example, amorphous solar panels (like the ones in a calculator) work well in shaded locations as they need very little light in order to generate electricity. However, they don’t last as long as other solar panels and they are more suited to situations with low energy requirements. They’re also very inefficient, producing 50% of the electricity of other panels, despite being the same size.

Do solar panels rely on temperature?

No, solar panels need light not warmth. As long as there’s light, your solar panel will generate electricity, even in the coldest of climates. Even if it’s raining, cloudy or snowy.

Interestingly, temperature can affect the way solar panels work, but not in the way you might think. It’s actually the case that extreme heat will reduce the efficiency of solar panels, and cause them to generate less electricity than they otherwise would. A solar panel actually produces less energy from the light it receives when it’s too hot. This means even in the midday heat of a UK summer it may be slightly less efficient.

How can I make the most from my solar panels?

In the UK, the Solar Export Guarantee will allow you to sell your unused electricity to your provider. If you want to make the most of your home-generated energy, the other thing you can do is install a solar battery. That way, you can draw on the power stored in this battery during the night, allowing you to use the carbon-free, green electricity you’ve already generated to power your home in the dark.

When do solar panels perform best?

Solar systems perform best in certain conditions. Generally a solar panel works at its most efficient during sunlight, between 11am and 4pm and when it’s south-facing.

The positioning of your solar panels is the most important factor. If you have a portion of your roof that’s south-facing, that’s where your solar panels need to go. This is where they have the best chance of catching the most sunlight across the course of the day as the sun track from east to west.

The angle of your solar panels is also very important. Solar panels work best when the sunlight hits them directly. As a result, in the UK, you will need to angle your solar panels at around 30 – 45 degrees. This obviously changes during the year depending on how high the sun is in the sky; in the summer they can be at a reduced 20 degree angle, whereas in winter they work best at a steeper angle. There are tracking systems (see picture below) that will move all day and change through the seasons to optimise the energy generation. Clearly, if they are on a roof it isn’t feasible to change the angle of your solar panels, but a permanent 30 – 45 degree incline is fine for year-round generation.

Keeping your panels out of the shade is also important. This may mean removing obstacles in your garden, such as large trees, or reconsidering where your panels need to go. A little bit of shade in the morning or evening is fine, but if your panels are in the shade all day, you won’t get as much benefit as you would if they were in direct sunlight.

Are solar panels suited to the UK?

With our seasonal climate and sometimes grey skies, what can we expect from installing solar panels on our homes in the UK? Although it is often cloudy or overcast, yes. Solar panels will generate energy.

As we turn to electric vehicles and switch from gas central heating systems for our homes, the average UK home will be consuming more electricity in the next decade. The payback landscape for solar PV will shift as a result, with some homes able to make savings much, much faster.

What is the cost to maintain solar panels?

Once you’ve got them installed, the cost to maintain the panels is minimal. There are no moving parts in solar panels, so you won’t need anyone to come out to service them. The only thing you should do on a semi-regular basis is give the panels a wash down. You can pay someone to come out and clean your panels, but in most cases it’s easy enough to do yourself.

If you want to know more about whether solar or a battery would work for you, especially if you are already driving an electric vehicle, take a look at our solar and EV tariff assessment tool.