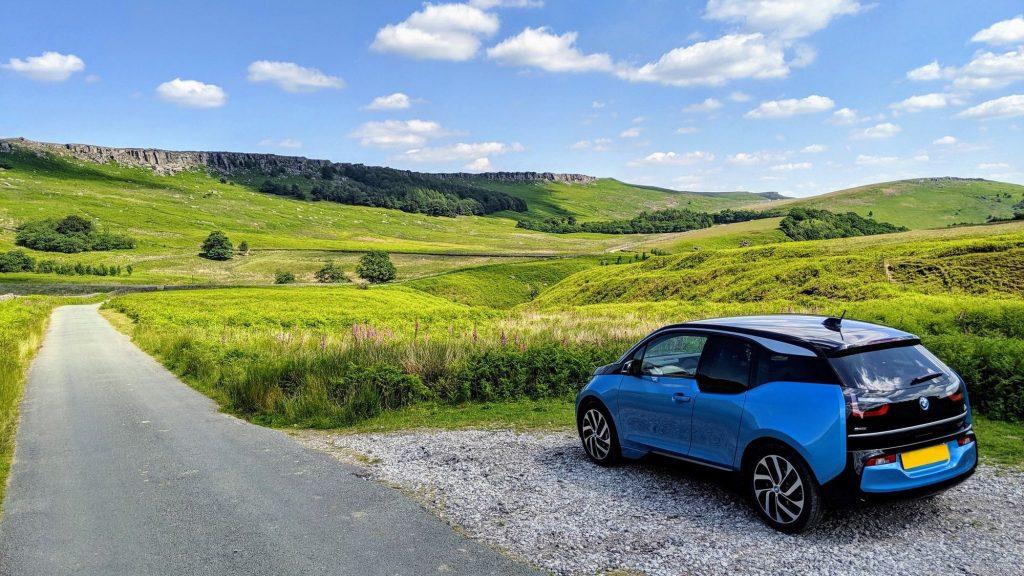 How green are electric cars?

With zero fumes from an exhaust, electric cars are certainly less toxic than their diesel or petrol counterparts. However, the manufacture and use of an EV is not without any environmental cost of its own.

How efficient is an electric car?

Electric cars are far more efficient than traditional engines. It’s estimated that only around 17 to 21% of the potential energy in diesel or petrol is actually converted into power for the car. Electric vehicles, on the other hand, are able to convert around 60% of the electric energy to getting the vehicle in motion. For every mile you drive, an EV will require less energy.

Manufacturers often provide a comparison in ‘MPGe’ for EVs – and many are capable of 100MPGe or more, compared to what can be as low as 30mpg for an SUV.

Clearly, EVs are not without environmental impact during their production. The pollution that occurs during production of the car is paid back many times over through reduced emissions as the car is driven over the years. How fast this is done depends on your driving and the charging.

What is embodied carbon?

Electric vehicles are more intensive to manufacture, and have what is referred to as higher ’embodied carbon’. This is because their batteries require a great number of ingredients. However, this extra carbon is generally ‘paid back’ many times over through the life of the car.

But not all EVs are created equal. Manufacturing a mid-sized EV with a super-small 84-mile range results in about 15 percent more emissions than an equivalent ICE vehicle. Yet for a larger, longer-range EV, the manufacturing emissions can be as much as 68% higher.

Rare earth metals such as neodymium are used in electric car motors in order to increase power output, and these have to be mined, which is carbon intensive.The processing of lithium and copper also requires huge amounts of energy and has the potential to release toxic compounds. This especially negatively impacts the local environment where this occurs, as the population can be exposed to these compounds through air and groundwater contamination.

However, we must weigh these against the vast impact of oil extraction and transportation. It is also likely that many of these problems have a chance of being mitigated by better regulation and advances in technology. For example, scientists are working on replacing cobalt – one of the most expensive parts of a rechargeable battery. Cobalt mostly comes from the Democratic Republic of Congo, where widespread concern has been raised about the violation of human rights. Tesla is already using a cobalt-free battery  in its Chinese Model 3.

As well as choosing an EV that covers our driving needs without the deadweight of oversized battery pack, the good news is we can also minimize the carbon impact through our charging.

In the UK, average grid carbon-intensity halved between 2013 and 2019 as coal power was replaced by wind and solar. In 2021 our grid energy is roughly half renewable.

At certain times the grid is much greener than at other times. By choosing an EV tariff and charging off-peak we are using energy from the greenest sources of energy.

Check the sources of energy  for your supplier. Better still power an EV with renewable electricity that you generated at home with solar.

Find an energy tariff that fits

When batteries are deemed too worn out for driving, they still have between 70% and 80% of their useful charge left. As a result, there’s a chance for them to be used in less critical jobs – they’re especially useful in homes, where solar power can be used to charge them up during the day, and then used during the night. In Japan, Nissan is repurposing their old EV batteries to power streetlights, and Renault has used EV batteries to provide backup power for elevators in France.

When these retired batteries have again completely run out their useful (after)life, it’s possible to recycle them. The precious metals used in EV batteries are, in theory at least, infinitely recyclable, so they can be used in the production of new batteries. This process isn’t straightforward at the moment, as the infrastructure is not yet in place to support mass recycling of lithium-ion EV batteries.

This isn’t just a problem for EVs – but for all sorts of technology such as mobile phone and laptops. Even before the end of life of any significant number of EVs, this kind of waste is already presenting a massive challenge.

Battery recycling isn’t cost effective on the open market yet. It’s estimated that the cost of recycling a lithium-ion battery is around £1, whereas the value of the raw materials extracted from the battery are worth about ⅓ of that. Infrastructure is slowly being put into place for EV battery recycling, and it’s likely that battery recycling will become its own industry before long.

If you already drive an EV, try our free and impartial green energy and EV tariff calculator tool to find the EV tariff that works for your household and the savings you could make by generating your own solar energy, installing a battery.

If you are curious about switching to an EV, have a look at our EV suitability tool to find a car and work out how it fits into your life!